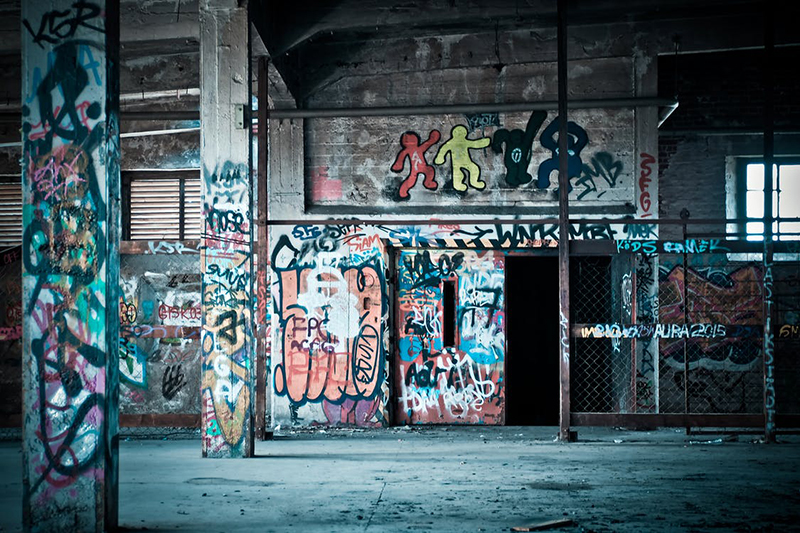 Kevin Thomas, our highly experienced Enforcement Agent, has worked in the field of eviction work for the past twenty-five years, managing several teams of Enforcement and Security agents, which meant he was the man for this challenging job.

Following receipt of the Order for possession, Chris Miller, our Property Services Manager, attended the site to undertake a reconnaissance and risk assessment.

Kevin re-attended the day before the eviction to analyse if any risks had changed and to plan the method of entry.

On the morning of the eviction, Kevin, alongside a team of Enforcement Agents, dog handlers and entry and shuttering engineers, met close to the site where he delivered a briefing and plan of action.

Once the team arrived at the eviction site, they were met with a number of occupants who were calling out from the first-floor windows that they would not be leaving.

Entry was therefore forced via the front door, which led to a heavily barricaded vestibule area. The occupants communicated with our team through the barricade. They continued to refuse to vacate or permit further entry.

Kevin explained the reason for the attendance and gave the occupants an hour in which to remove their possessions and vacate. At this point, the occupants became aggressive, so the police were contacted for support. Upon arrival, the police informed the occupants that they could not prevent the eviction and should comply with the Enforcement Agent's instruction.

After a period of negotiation between Kevin and the occupants, peaceful access was permitted via a door to the rear of the property. It was established that there were seven occupants and five dogs.

Four hours after the job commenced, all occupants and animals had vacated the property with their belongings. A final search was conducted, and vacant possession was handed over to the client's security guard, with contractors remaining on site to secure the premises.

The building, the front door, and vulnerable points to the side and rear of the building, were fitted with shutters and metal screens.

By instructing our team, you are guaranteed to receive a prompt and effective response for any eviction cases. We can even attend the same day or next working day, if required.

With our years of experience and a specially trained nationwide team, clients can be assured Wilson & Roe is fully equipped to deal with any incursion whilst keeping their reputation intact. Thanks to Kevin and our Enforcement Agent team for their great teamwork and professional approach on this job.