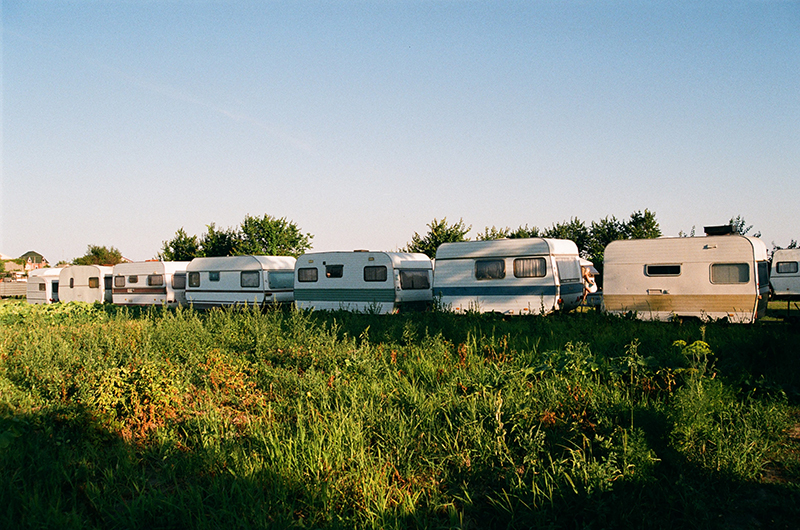 In this blog, we talk about Kevin's latest eviction where he enforced an Order for possession made against multiple trespassers occupying an authorised encampment for the traveller community.

Kevin has considerable experience in some of the most high-profile protestor occupations and has worked in the field of eviction for the past twenty-five years, managing several teams of Enforcement and Security agents, across protester, squatter, traveller and commercial and residential evictions - making him one of the most experienced Enforcement Agents in England and Wales.

Last month he travelled to the North West and met with the local authority ahead of the eviction to agree a course of action.

Trespassers had pitched their mobile homes on the plot of land the enforcement was the subject of. The plot consisted of three pitches located on a highly sought after, authorised encampment for the traveller community.

The local authority had made arrangements for a new family to take one of the three pitches, and they were due to arrive on the day of the eviction.

On the day, at around 1pm, Kevin could only contact the trespassers occupying two of the pitches. An agreement was made for them to peaceably vacate with their caravans, which they did 4 hours later after packing up. The trespassers of the third and final pitch were off site at the time.

Unfortunately, the new family arrived with their caravan just as the trespassers occupying the third and final pitch returned to site.

A large-scale argument broke out with the new family moving in and the final trespassers. During this argument, one of the trespassers threw a brick through the windscreen of a van owned by the new family.

Kevin and the police intervened, and the trespasser was informed that she would need to remove her caravan occupying the plot or it would be towed away. With our recovery truck present, she agreed to comply.

After the caravan and associated vehicles had been removed, the local authority secured the vacant plot with several six tonne concrete blocks and Kevin was finally able to leave and get his head down for the night!

Sarah Roscoe, Managing Director of Wilson & Roe, said: "The local authority was incredibly impressed that we saw through the enforcement action and noted it was the first successful eviction in the long history of this particular encampment.

"Thank you, Kevin, for your vast expertise and continued professional approach on every single job."